Thus setting out, our new-fledged adventurer paced along, talking to himself and saying, “Who knows but that in time to come, when the veracious history of my famous deeds is made known, the sage who writes it, when he has to set forth my first sally in the early morning, will do it after this fashion? ‘Scarce had the rubicund Apollo spread o’er the face of the broad spacious earth the golden threads of his bright hair, scarce had the little birds of painted plumage attuned their notes to hail with dulcet and mellifluous harmony the coming of the rosy Dawn, that, deserting the soft couch of her jealous spouse, was appearing to mortals at the gates and balconies of the Manchegan horizon, when the renowned knight Don Quixote of La Mancha, quitting the lazy down, mounted his celebrated steed Rocinante and began to traverse the ancient and famous Campo de Montiel;’” which in fact he was actually traversing. “Happy the age, happy the time,” he continued, “in which shall be made known my deeds of fame, worthy to be moulded in brass, carved in marble, limned in pictures, for a memorial for ever. And thou, O sage magician, whoever thou art, to whom it shall fall to be the chronicler of this wondrous history, forget not, I entreat thee, my good Rocinante, the constant companion of my ways and wanderings.” Presently he broke out again, as if he were love-stricken in earnest, “O Princess Dulcinea, lady of this captive heart, a grievous wrong hast thou done me to drive me forth with scorn, and with inexorable obduracy banish me from the presence of thy beauty. O lady, deign to hold in remembrance this heart, thy vassal, that thus in anguish pines for love of thee.”

So he went on stringing together these and other absurdities, all in the style of those his books had taught him, imitating their language as well as he could; and all the while he rode so slowly and the sun mounted so rapidly and with such fervour that it was enough to melt his brains if he had any. Nearly all day he travelled without anything remarkable happening to him, at which he was in despair, for he was anxious to encounter some one at once upon whom to try the might of his strong arm.

Writers there are who say the first adventure he met with was that of Puerto Lapice; others say it was that of the windmills; but what I have ascertained on this point, and what I have found written in the annals of La Mancha, is that he was on the road all day, and towards nightfall his hack and he found themselves dead tired and hungry, when, looking all around to see if he could discover any castle or shepherd’s shanty where he might refresh himself and relieve his sore wants, he perceived not far out of his road an inn, which was as welcome as a star guiding him to the portals, if not the palaces, of his redemption; and quickening his pace he reached it just as night was setting in. At the door were standing two young women, girls of the district as they call them, on their way to Seville with some carriers who had chanced to halt that night at the inn; and as, happen what might to our adventurer, everything he saw or imaged seemed to him to be and to happen after the fashion of what he read of, the moment he saw the inn he pictured it to himself as a castle with its four turrets and pinnacles of shining silver, not forgetting the drawbridge and moat and all the belongings usually ascribed to castles of the sort. To this inn, which to him seemed a castle, he advanced, and at a short distance from it he checked Rocinante, hoping that some dwarf would show himself upon the battlements, and by sound of trumpet give notice that a knight was approaching the castle. But seeing that they were slow about it, and that Rocinante was in a hurry to reach the stable, he made for the inn door, and perceived the two gay damsels who were standing there, and who seemed to him to be two fair maidens or lovely ladies taking their ease at the castle gate.

Write a response
Next 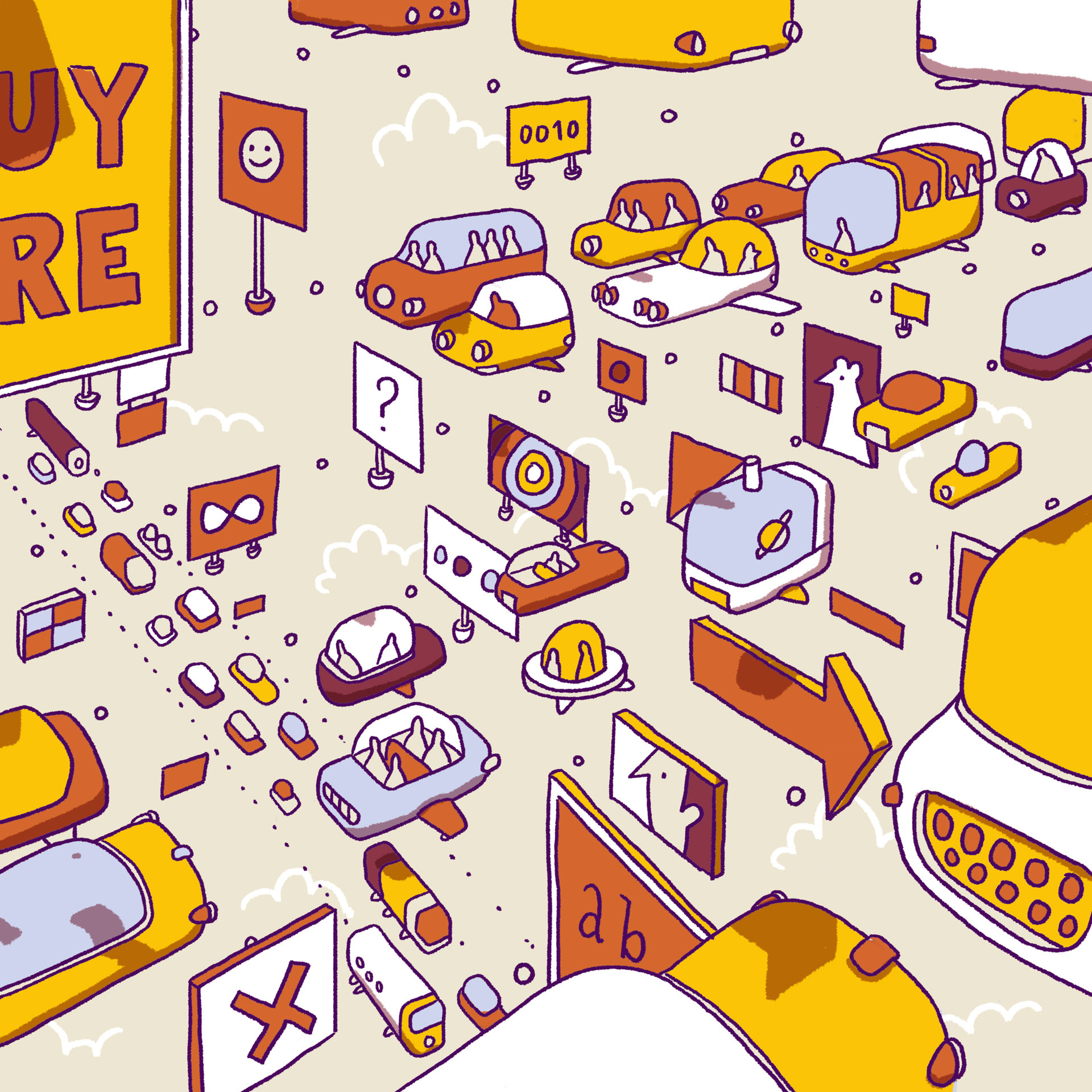